A four-legged thief was busted on the Ring doorbell camera stealing a package that was delivered to the front door. The resident saw it while watching the footage and couldn’t believe it! They had this to say about the incident: 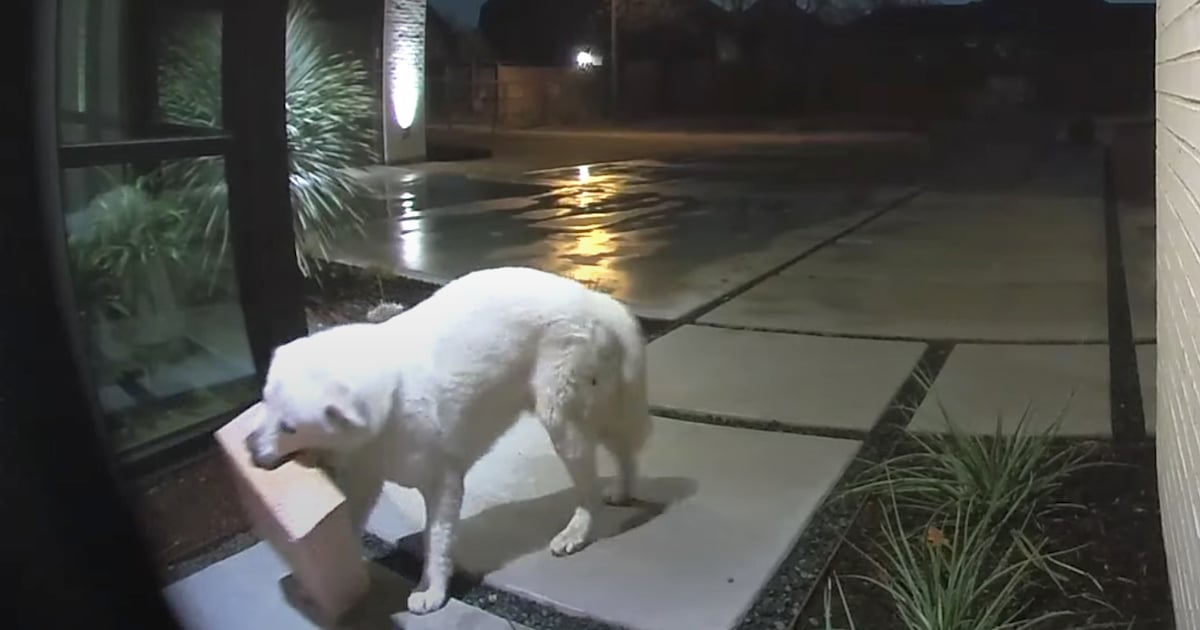 “We were on a ‘staycation’ and my husband woke me up in the middle of the night saying ‘you won’t believe who is on the front porch’! It was a porch pirate. I was shocked. My box, which had been delivered after I left for the trip, was promptly stolen and caught on camera. The thief was a massive white dog. He/she appeared to be a great Pyrenees and not only did he steal the giant box, he backed up almost like he knew he was being watched. Was he trained? We don’t know. Though this wasn’t our first encounter with him. A few weeks ago, we woke to him barking furiously at our bedroom door. He had seen his own reflection in the glass. We called 311 to see if someone can come and see if he has a microchip. As for what was in the box? It wasn’t a bark box, it wasn’t food, it was makeup and skincare products. Though, it was toxin-free makeup and skincare, with organic jojoba oil, shea butter, coconut oil, etc. So, perhaps he just needed some quality skincare and a spa day? I did find the box the next day in a grassy area near our house, holes bitten into it but my lip gloss and moisturizer still intact.”