Vasco was out surfing, and it was just another sun-filled day on the water. Or so he thought. He spotted an upside down kayak in the water and then shortly after that a dog struggling in the sea nearby. He had to make it over to the dog to help. It turned out the owner and dog were both knocked out of their kayak, and they became separated. The dog was swimming toward the waves when found and trying to find anything to grab onto. He saw Vasco and swam over and hopped up on his back and latched on for dear life. 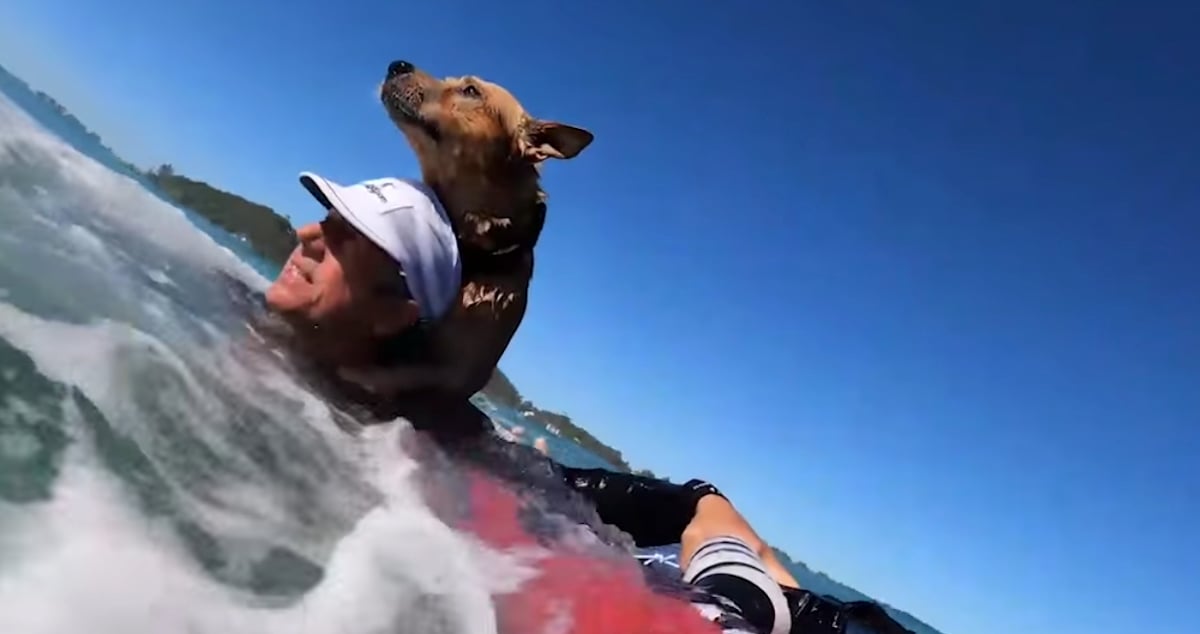 It wasn’t long after that when the owner came back through looking for his dog and saw Vasco keeping his good boy safe. The two were reunited, and Vasco made sure everyone was okay before going on his way. What a hero! 🙂